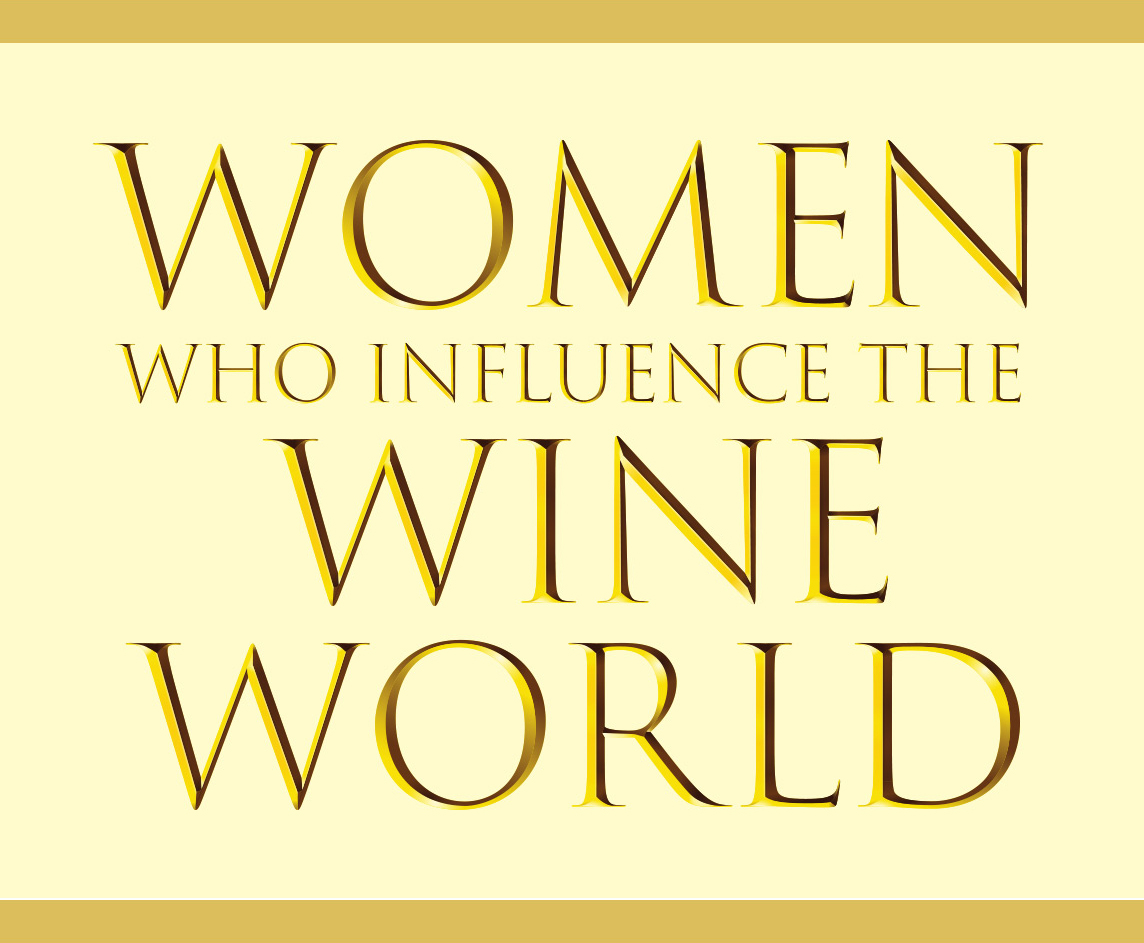 With the influence of women expanding each year, those in key roles often feel compelled to share the knowledge they've learned on their path to success. That, in turn, inspires others. Deborah Brenner, founder and CEO of Women of the Vine & Spirits, an organization dedicated to pushing the beverage alcohol industry to a more diverse, equitable and inclusive approach, says the fact that more and more women are making high-profile inroads spurs others to forge their own way. "If you can’t see it, you can’t be it," Brenner says in noting the importance of visibility and mentors for women pursuing a career in the wine industry. 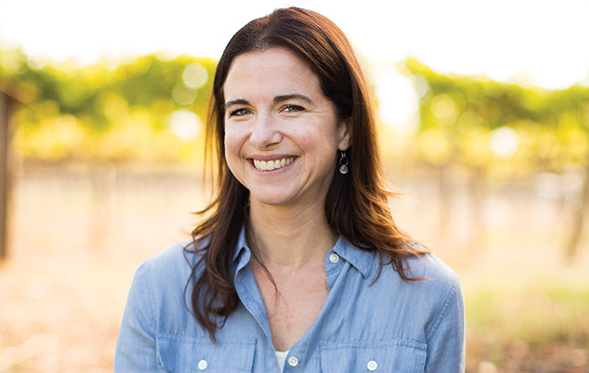 NICOLE HITCHCOCK
Head Winemaker Nicole Hitchcock continues a legacy of women leaders at the winery, offering her unique perspective on what was once a male-dominated craft. 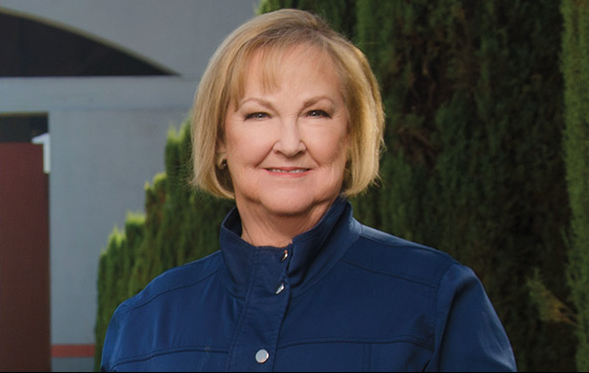 TERRY WHEATLEY
Terry Wheatley, who has spent her entire career in the wine industry, recently achieved a new milestone when she became the first woman president of a wine company to take that business public. 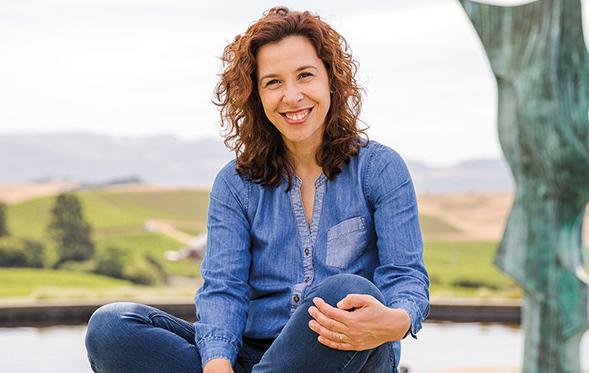 ANA DIOGO-DRAPER
Artesa's winemaking team is led by Ana Diogo-Draper, Director of Winemaking. Born and raised in Portugal, Diogo-Draper joined Artesa in 2013, which saw the beginning of her influence of low-intervention and component winemaking... 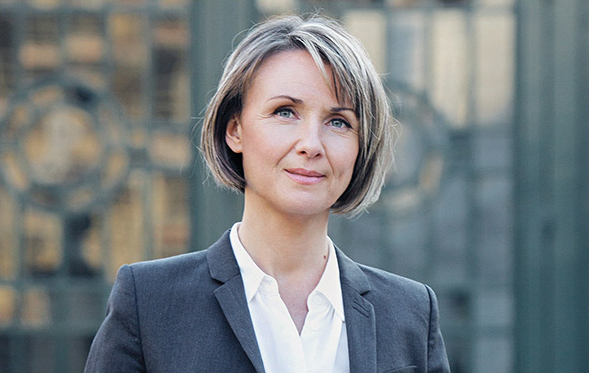 SÉVERINE FRERSON
Born in the Champagne village of Sillery, not of a wine family, Chef de Cave Séverine Frerson credits a winemaker from Verzenay, a family friend, with revealing to her the universe that is Champagne. 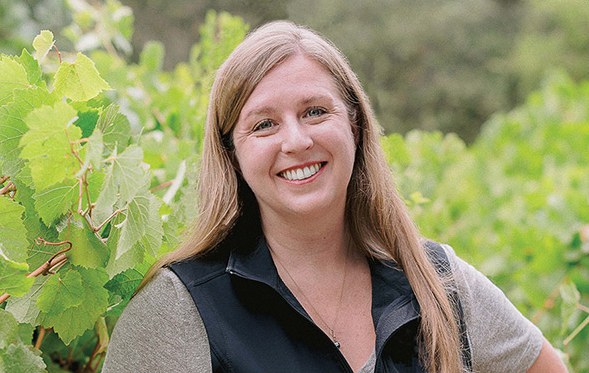 TAMI LOTZ
Born and raised in Napa, Tami Lotz leads our winemaking team with deep expertise in méthode traditionelle sparkling winemaking and a lifelong love of the valley she calls home. 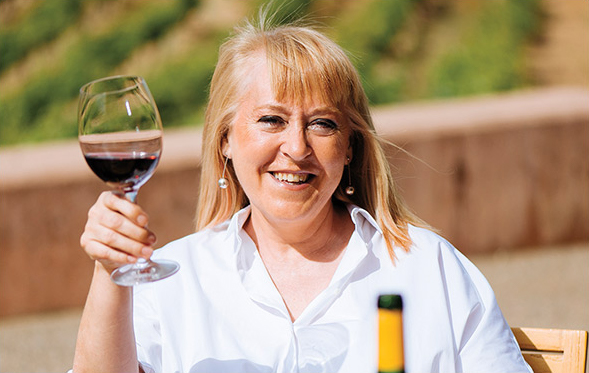 ELENA ADELL
An all-female winemaking team is at the helm of Campo Viejo, located in Rioja, Spain. The group is unified by one goal: to evoke a true interpretation of the diverse flavors of Spain. 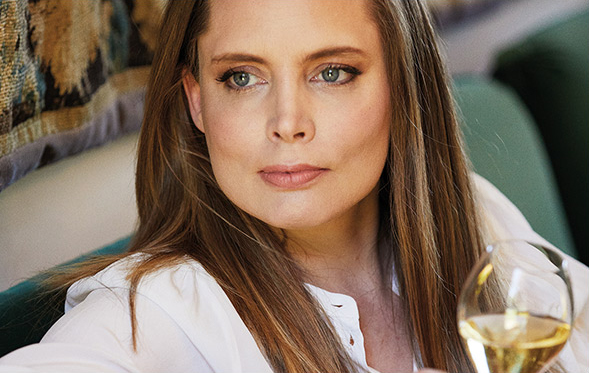 VITALIE TAITTINGER
"Art is really important to me. It nourishes me," Vitalie Taittinger often says. President of Champagne Taittinger since Jan. 1, 2020, she takes on her mission surrounded by her team... 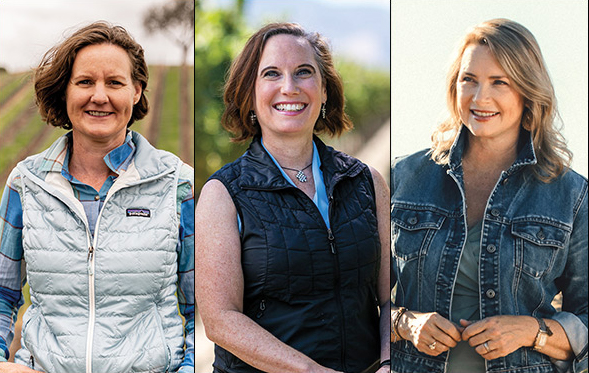 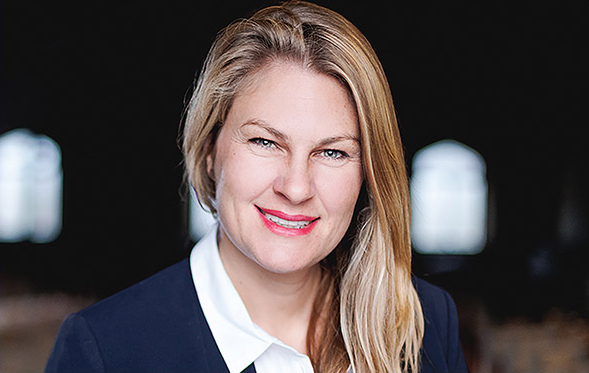 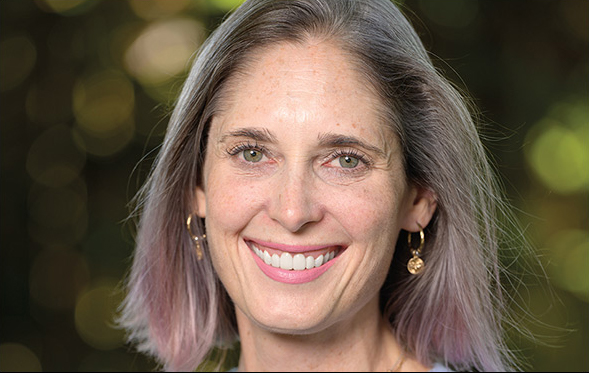 STEPHANIE JACOBS
Stephanie Jacobs serves as a "true north" for Cakebread Cellars, defining the essence of both the wines and the winery. She joined the winery as an enologist in 2004 and rose through the ranks to become Director of Winemaking... 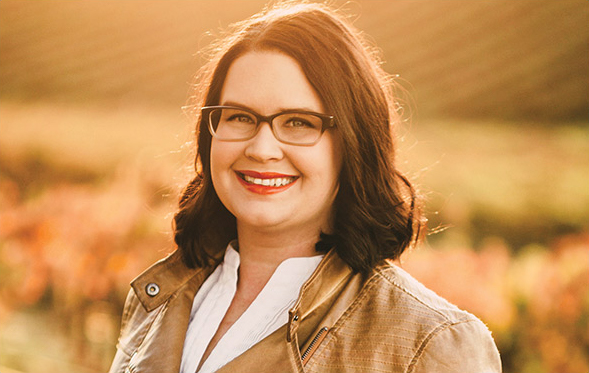 EMILY HAINES
For Seattle-born Emily Haines, the journey to becoming one of Amador County's most vibrant and talented winemakers began with an interest in technology and chemistry, two fields that now serve Haines on a perennial basis. 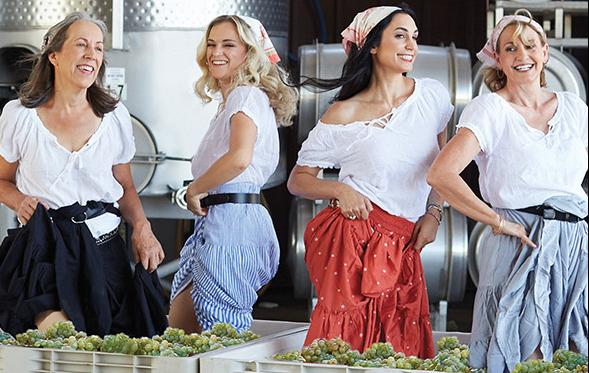 KRISTIN BELAIR, ASHLEY EGELHOFF, STEPHANIE HONIG + REGINA WEINSTEIN
The Honig family purchased their Rutherford vineyard in the Napa Valley in 1964 and began making wine in 1980. At their sustainably certified winery, more than half the staff are female... 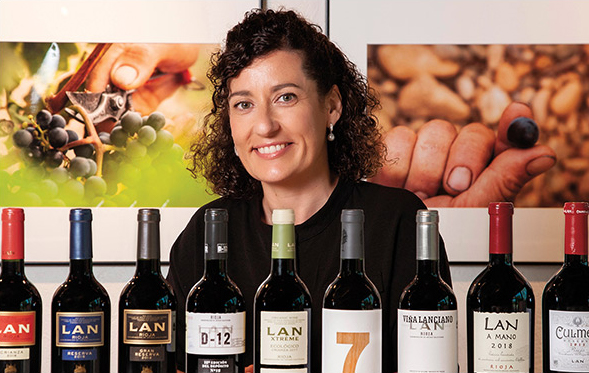 MARÍA BARÚA
In her responsibility as a winemaker, María Barúa puts LAN's founding principle into practice: Winemaking starts with viticulture, a breakthrough concept at the beginning of the 1970s, when LAN was founded. 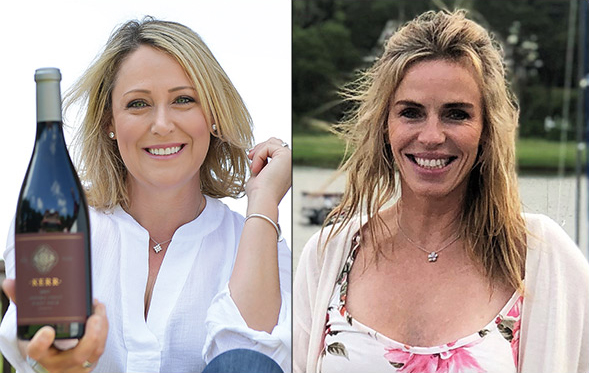 CRISTIE KERR + STEPHANIE NASHAWATY
Cristie Kerr and Stephanie Nashawaty are both solution-oriented women making major strides in their respective industries. It's exciting to see two powerhouse women come together to support each other. 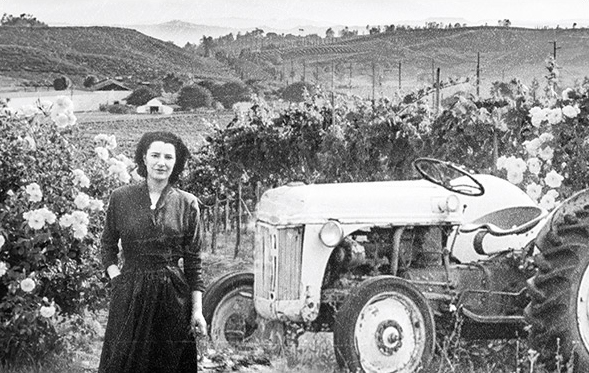 MADDALENA RIBOLI
Maddalena Riboli arrived at Ellis Island from Italy in 1931; she was just 7 years old. On her family's farm in Los Angeles, her hard work became her hallmark, and it didn't take long for people to notice... 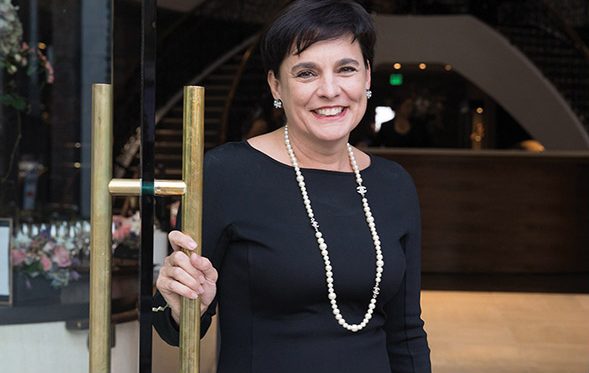 EMMA SWAIN
Napa Valley leader and winery CEO Emma Swain pushes her team and herself to the extraordinary every day. "I am always looking ahead," she says. 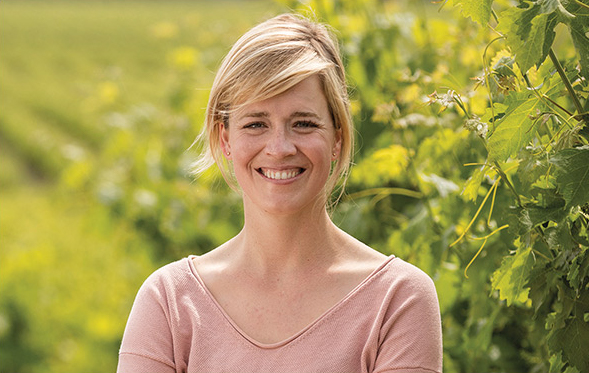 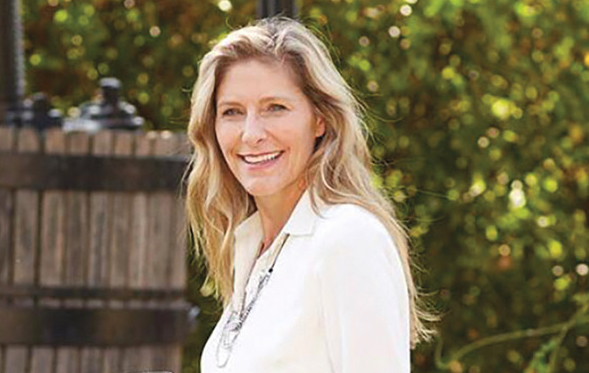 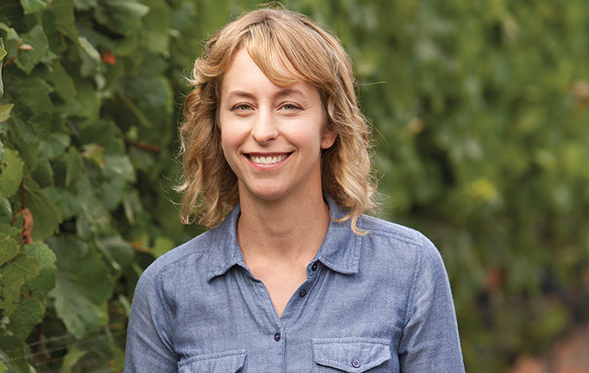 LORNA KREUTZ
25 years after the founding of Lincourt ushered the Foley family into the world of wine, the third female winemaker in the history of that brand holds court–Lorna Kreutz. 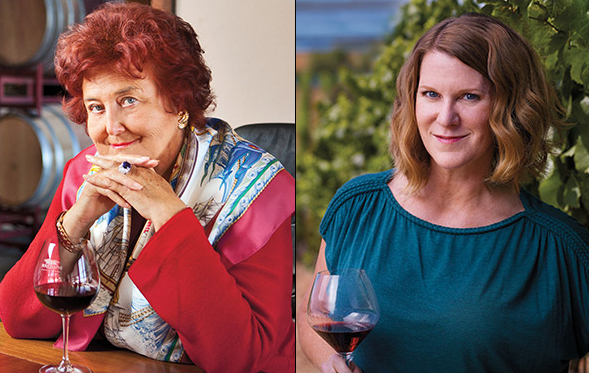 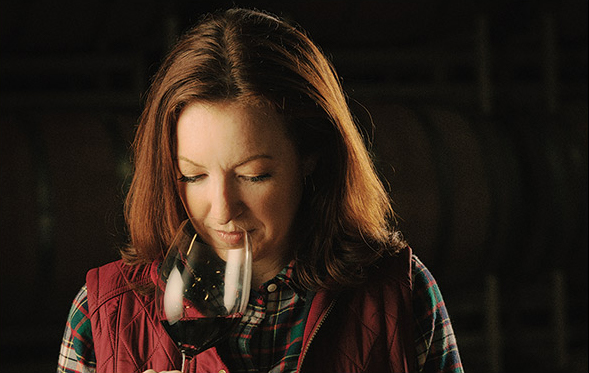 KRISTY MELTON
Originally trained as a biologist, Kristy Melton made a fortuitous switch to winemaking in 2007 and has amassed an impressive track record in her decade of experience in California wine. 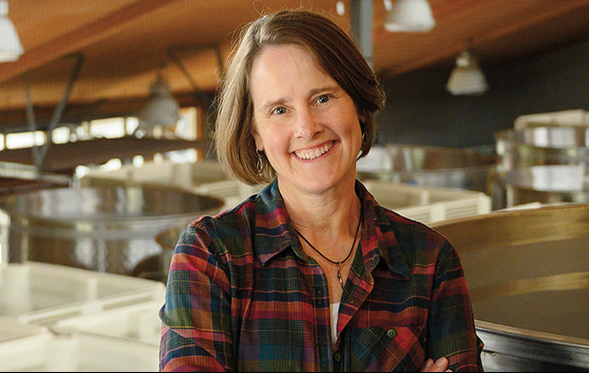 LYNN PENNER-ASH
It was Lynn Penner-Ash's move in 1988 to the Willamette Valley's Rex Hill Vineyards as one of the region's first woman winemakers that really set her iconic career in motion. 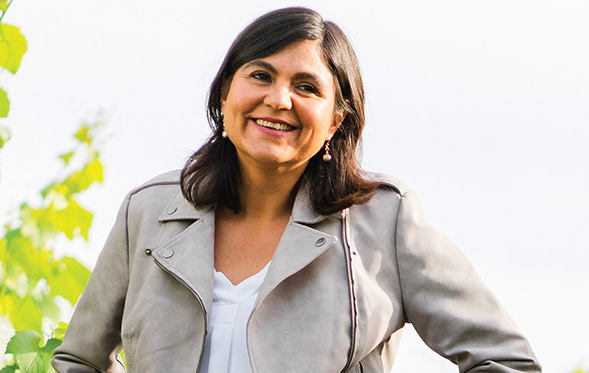 MARCIA TORRES FORNO
For Marcia Torres Forno, winemaking is about forming a relationship with the land, to "preserve the essence of the individual vineyard site and bring its unique characteristics to the wine." 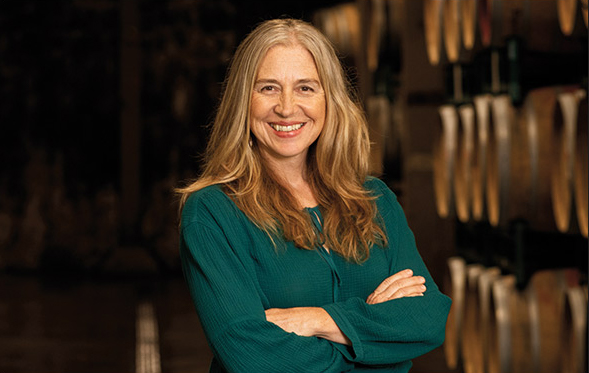 MELISSA STACKHOUSE
SIMI's Director of Winemaking, Melissa Stackhouse oversees a talented team that strives to showcase the best fruit Sonoma County has to offer, within a diverse portfolio. 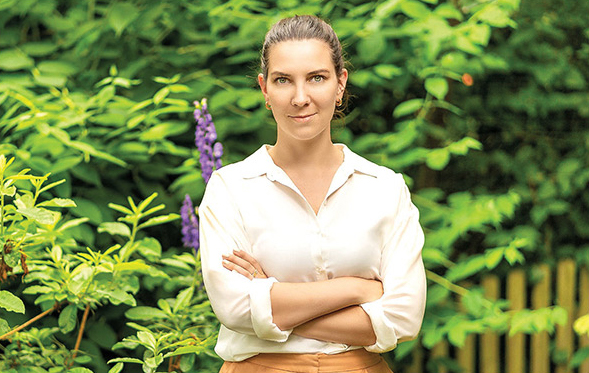 JULIANE SCHMITT
In January 2020, at the age of 32, Juliane Schmitt became CEO of Schmitt Söhne Wines, a century-old family winery that's the largest exporter of German wines to the U.S. 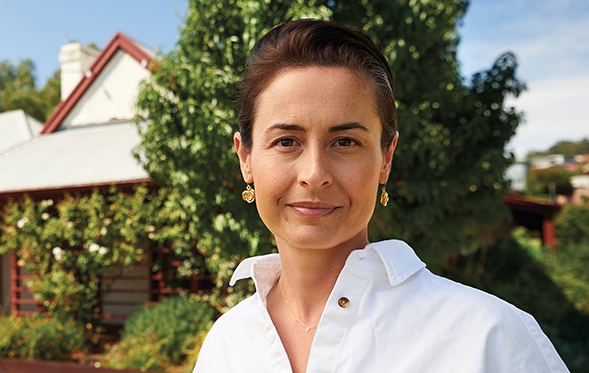 STEPH DUTTON
Steph Dutton is an integral part of the Penfolds winemaking team and has been so for the past decade and counting. Being part of the heritage and history of one of the oldest wineries in the world is a privilege she doesn't take for granted. 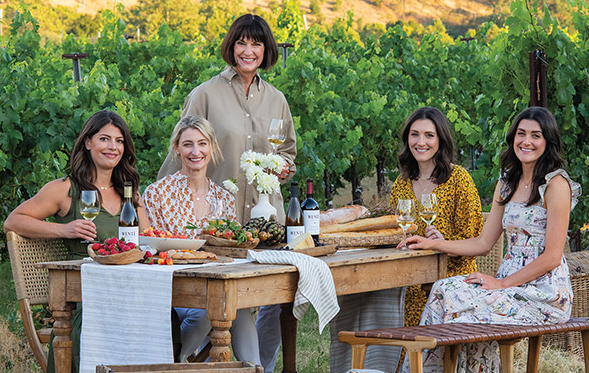 JORDAN WENTE, CHRISTINE WENTE, CAROLYN WENTE, ALY WENTE, NIKI WENTE
At Wente Vineyards, women have had both a voice and a seat at the table for over five generations. From the family table to the board room, Wente women have influenced our business. 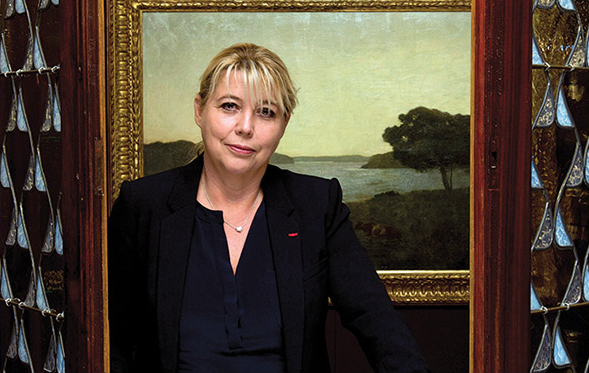 MADAME POMMERY
A woman in a man's world, Madame Pommery imprinted her personality on her Champagnes. The purity and finesse of Pommery wines perpetuate this legacy. 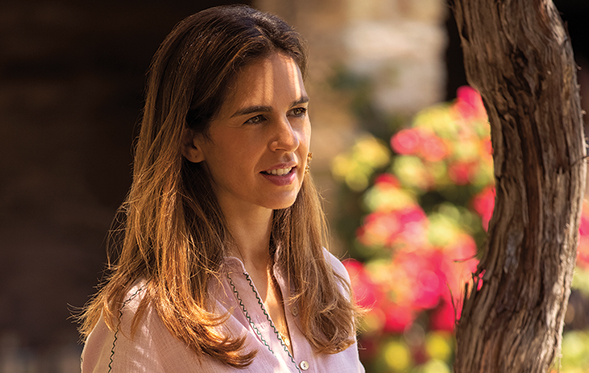 MAFALDA GUEDES
Mafalda Guedes has known since early childhood that she would work at Sogrape: the leading Portuguese family-owned wine company known for creating one of the first international rosés.